In the world of novels readability is king (or queen if you prefer matrilineal monarchy).

How to make a story smooth as 30 year old scotch? In my experience the secret ingredient is editing. Going back to the same words time and time again until they and the story are of the same shape.  Make the readability undeniable. So. Damn. Readable.

I’ve come to enjoy the editing process, finding satisfaction in improving my writing skills while smoothing out the story. A long way since my student days when I detested editing. Who wants to re-read something they didn’t want to write in the first place? Formatting a manuscript for e-book and print is now my most despised writing task. But part of being a self-published author requires that one (initially) become a one man band. Self-motivation is an elusive but powerful tool.

Daughter of Shadow underwent another (and final) edit in preparation for the Self-Published Fantasy Blog-Off orchestrated by Mark Lawrence. I knew the story could use another edit to take it to the next level and the potential publicity afforded by the contest necessitated that I submit a quality entry. No excuses. On the readability scale of “What Language is This?” to “Can’t Put it Down” I’m hopeful that Daughter of Shadow is now closer to “Smooth as Fuck.” 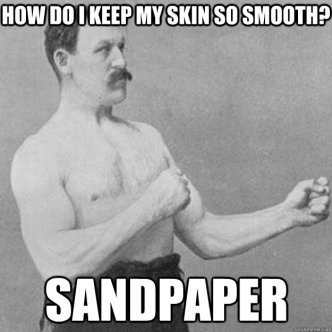 After the December 2015 release of Daughter of Shadow I entered the book in an open submission headed by Gollancz, just to see what they said. Several months later a rejection letter arrived stating, “The ideas seem solid but the prose needs work.”  This my friends, is motivation.

I’m a basketball player—I want to make every shot I put up—the Gollancz submission was a missed shot. But a shot worth taking. I wasn’t about to hold back the next shot because to stop shooting means the game is lost, or soon will be. So I went to the gym/manuscript, spending time and effort to make my shooting form/prose as efficient as possible so that the shot/story has a chance next time I let it fly.  It’s airborne.

Daughter of Shadow on Amazon